Smokeless powder is a type of propellant used in firearms and artillery that produces less smoke and less fouling when fired compared to gunpowder (“black powder”). The combustion products are mainly gaseous, compared to around 55% solid products (mostly potassium carbonate, potassium sulfate, and potassium sulfide) for black powder. In addition, smokeless powder does not leave the thick, heavy fouling of hygroscopic material associated with black powder that causes rusting of the barrel. Despite its name, smokeless powder is not completely free of smoke, while there may be little noticeable smoke from small-arms ammunition, smoke from artillery fire can be substantial.

Originally invented in 1884 by Paul Vieille, the most common formulations are based on nitrocellulose, but the term was also used to describe various picrate mixtures with nitrate, chlorate, or dichromate oxidizers during the late 19th century, before the advantages of nitrocellulose became evident.

Smokeless powders are typically classified as division 1.3 explosives under the UN Recommendations on the transportation of Dangerous goods – Model Regulations, regional regulations (such as ADR) and national regulations. However, they are used as solid propellants; in normal use, they undergo deflagration rather than detonation.

Smokeless powder made autoloading firearms with many moving parts feasible (which would otherwise jam or seize under heavy black powder fouling). Smokeless powder allowed the development of modern semi- and fully automatic firearms and lighter breeches and barrels for artillery.

The properties of the propellant are greatly influenced by the size and shape of its pieces. The specific surface area of the propellant influences the speed of burning, and the size and shape of the particles determine the specific surface area. By manipulation of the shape it is possible to influence the burning rate and hence the rate at which pressure builds during combustion. Smokeless powder burns only on the surfaces of the pieces.

Larger pieces burn more slowly, and the burn rate is further controlled by flame-deterrent coatings that retard burning slightly. The intent is to regulate the burn rate so that a more or less constant pressure is exerted on the propelled projectile as long as it is in the barrel so as to obtain the highest velocity. The perforations stabilize the burn rate because as the outside burns inward (thus shrinking the burning surface area) the inside is burning outward (thus increasing the burning surface area, but faster, so as to fill up the increasing volume of barrel presented by the departing projectile). 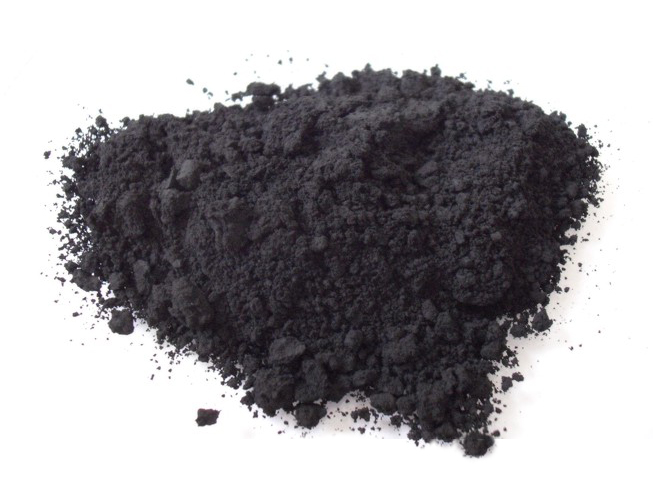 Fast-burning pistol powders are made by extruding shapes with more area such as flakes or by flattening the spherical granules. Drying is usually performed under a vacuum. The solvents are condensed and recycled. The granules are also coated with graphite to prevent static electricity sparks from causing undesired ignitions.

Smokeless powder does not leave the thick, heavy fouling of hygroscopic material associated with black powder that causes rusting of the barrel. (though some primer compounds can leave hygroscopic salts that have a similar effect; non-corrosive primer compounds were introduced in the 1920s) Nitrocellulose deteriorates with time, yielding acidic byproducts. Those byproducts catalyze the further deterioration, increasing its rate. The released heat, in case of bulk storage of the powder, or too large blocks of solid propellant, can cause self-ignition of the material. Single-base nitrocellulose propellants are hygroscopic and most susceptible to degradation; double-base and triple-base propellants tend to deteriorate more slowly. To neutralize the decomposition products, which could otherwise cause corrosion of metals of the cartridges and gun barrels, calcium carbonate is added to some formulations.

To prevent buildup of the deterioration products, stabilizers are added. Diphenylamine is one of the most common stabilizers used. Nitrated analogs of diphenylamine formed in the process of stabilizing decomposing powder are sometimes used as stabilizers themselves.